This Month with Nim: November and December 2022 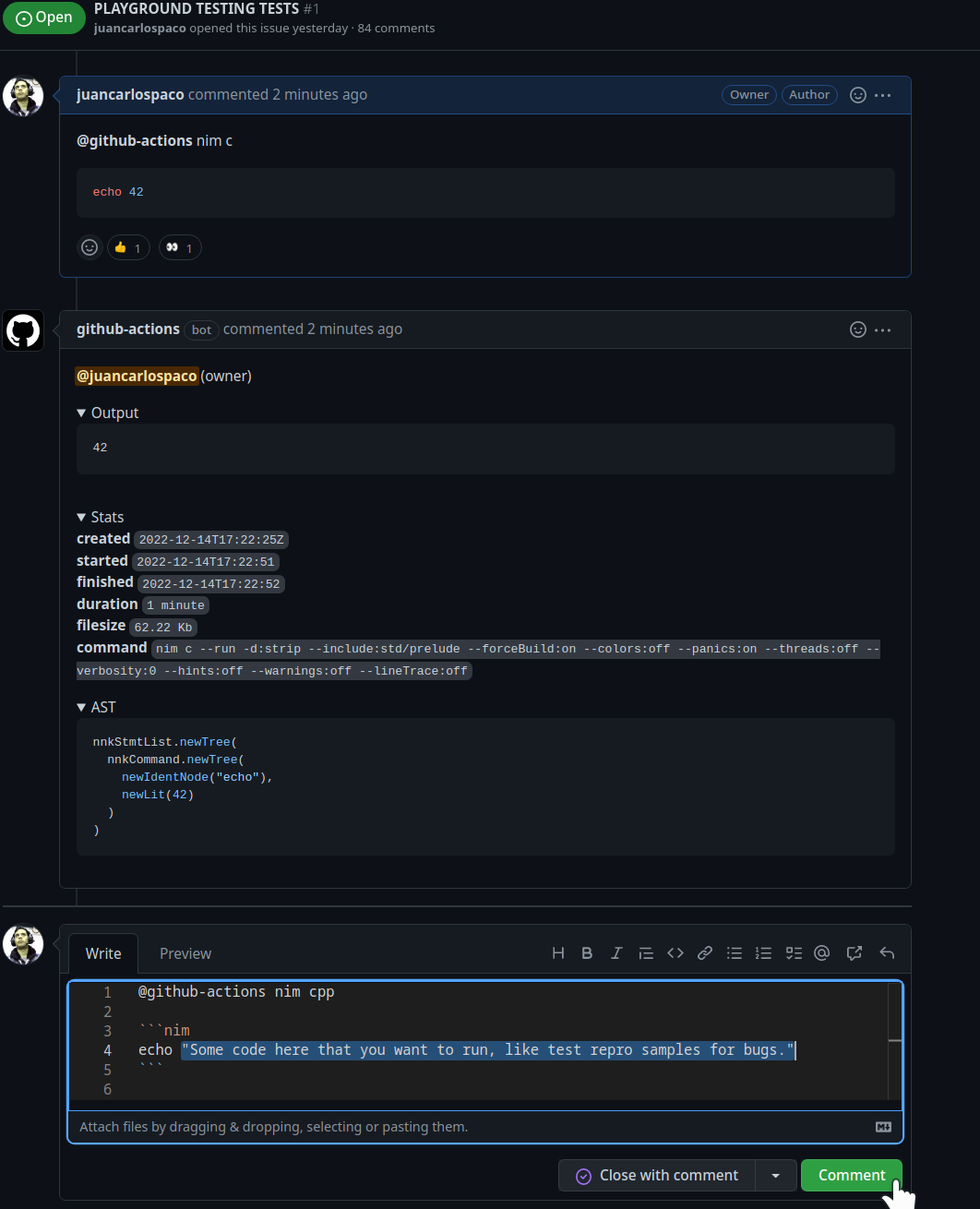 p5nim is a wrapper for p5js nim library. I have picked up the old bindings https://github.com/Foldover/nim-p5/ which were not working with a more recent nim, fixed them and starting to improve them. In particular I make it easy to call p5js with nimib. I have also started to add a wrapper for p5sound (additional library to use sound).

p5js is a great library to create visualization, generative art, games and generally speaking creative coding. It has a specific focus on making coding accessible and inclusive for artists, designers, educators, beginners, and anyone else! Great learning material has been published: the coding train, the nature of code. The community around p5js is very active (you can look for #p5js tag on mastodon, twitter, …) and welcoming with examples often sharing the source on openprocessing.

The goal of p5nim is to continue improving the wrapper and provide examples of p5js code ported to p5nim. You are much welcome to contribute new examples! The website is still a bit clunky but it will be improved. It is now available to install on nimble with nimble install p5nim. Here is a very nice example of animated art (live+source):

Want to see your project here next month?